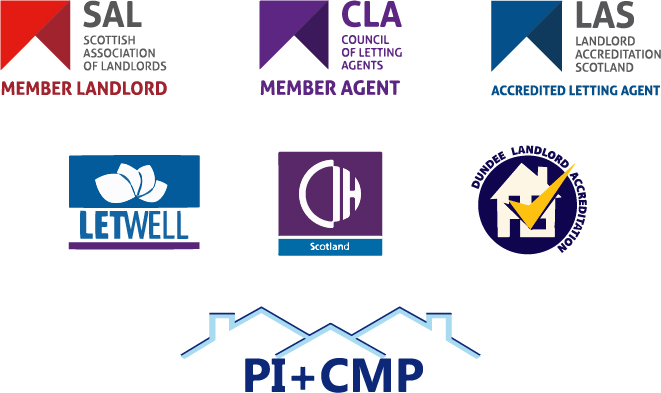 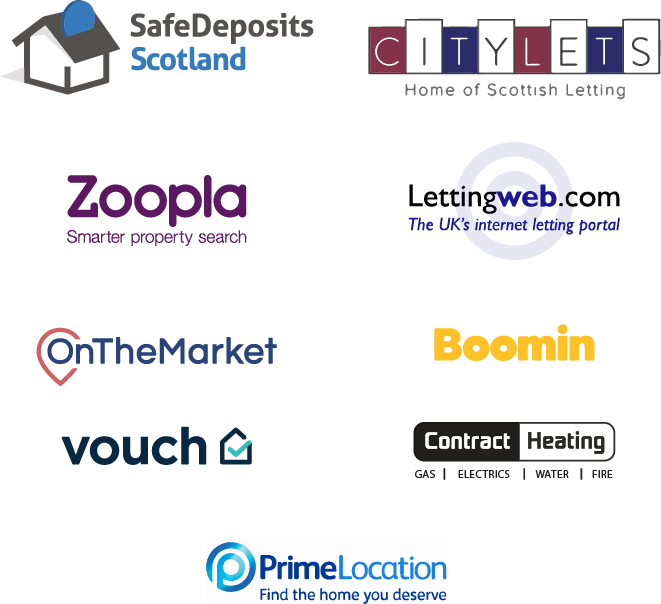 the Scottish Government conducted a public consultation on potentially introducing a regulatory framework for Short-Term Lets.

Buy to let more profitable than two years ago

Lower mortgage rates mean landlords are banking higher profits today compared to two years ago, despite tax and regulatory changes, according to a leading economist.

More than two thirds of UK renters have no plans to buy a property, an indication that Britain is moving towards a German housing model with a greater percentage of the population renting.

Leith residents are being invited to become ‘flyspotters’ as part of a new campaign to reduce the dumping of rubbish on local streets led by environmental charity Changeworks.

Proposals have been lodged with Dundee City Council for a £3.5 million renovation of one of the city’s historic jute mills.

Landlords can make £162,000 profit per property

They may have faced increased costs and taxes over the last few years, but landlords can still make healthy profits from investing in property.

Landlords: should you move your portfolio to a limited company structure?

Landlords have been hit with mortgage interest relief changes meaning some may well be considering moving portfolios into a limited company structure. Here are the tax pros and cons.

Struggling first-time buyers: could buy-to-let be the answer?

A major lender has extended its buy-to-let offering to first-time buyers in a bid to help those struggling to get a foot on the property ladder.

The majority of social landlords who provide a factoring service have made improvements to the service but more progress is required, the Scottish Housing Regulator has found.

Stirling Council will work with partners to build more than 700 new affordable homes over the next five years.

A near £350 million construction programme for the next five years is set to be outlined by Dundee City Council.

A short video has been produced by the Scottish Association of Landlords (SAL) to inform landlords about the private residential tenancy agreement set to come into force in December.

A development of 115 new homes in the Leith area of Edinburgh has been granted planning permission with a number of the units designated for affordable housing.

Gas Safety Week and Fire Door Safety Week are both fast-approaching, with the former taking place between 18 to 24 September and the latter between 25 September to 1 October.

With both just around the corner, now is the time to offer a refresher on the issues involved, as well as best advice for compliance.

Video examining the claims and transparency of the online estate agent.

Higher mortgage rates on limited company buy-to-let mortgages will outweigh any tax advantages for investors, according to research.

An overwhelming majority of the public support stricter laws requiring private landlords to bring their properties to a minimum energy efficiency rating before letting them out, according to a new Shelter Scotland report.

One in four households will rent by 2021

One in four UK households will be renting privately by 2021 as affordability issues of owning a home remain a challenge.

It's a hat trick! Fixflo scores again at The Letting Agency of the Year Awards 2016

Fixflo scores again, winning Gold in the Best Lettings Supplier category at The Lettings Agency of the Year Awards 2016, in association with The Sunday Times and The Times.

Help, my neighbour has damaged my property. What are my rights?

Buying and maintaining a property is expensive so if a water leak from your neighbour damages your home, what are your insurance and legal rights?

Buy-to-let tax changes countdown: how to plan for them

Income tax changes for buy-to-let borrowers will start to be phased in from next month. Here's what you need to know.

Eight new properties for Stirling Council tenants have been completed as part of a new housing development at Kildean.

A former Dundee primary school is to be demolished and replaced with almost 50 new homes under new plans submitted to the local authority.

Large scale residential investor Get Living has concluded a deal which will provide more than 600 homes for rent in the heart of Glasgow’s Merchant City district.

What could “Right to Rent” mean for Scotland?

The UK Government now intends to roll out this scheme UK wide although a date for this has yet to be determined.

More than £104 million is set to be invested in housing across the Falkirk Council area in the next three years as part of the council’s on-going investment programme.

A new digital application for Scotland’s register of landlords has gone live across the country.

The application will make it much easier for anyone to search the public register of landlords; for landlords to apply for or renew their registration; and for local authorities to maintain the register in their areas.

The roll-out of the UK government’s Right to Rent scheme into Scotland and other devolved parts of the UK is “imminent”, according to new report which found it is leading to discrimination against foreign nationals and Britons from ethnic minorities.

A £65 million investment to build hundreds of homes in targeted “priority” areas throughout Dundee is set to get the green light.

In late 2015, former Chancellor George Osborne announced a range of tax measures aimed at landlords, which taken together could seriously dent the profits of many buy-to-let investors over the coming years and send some straight into loss-making territory.

Hart Builders is planning to construct 146 new homes in Edinburgh after securing a £6.9 million funding package from Royal Bank of Scotland.

Hello Landlords, improve the energy efficiency of your rental property.

Want to improve the energy efficiency of your rental property or considering installing a renewable technology? There is a variety of help and support available to private sector landlords in Scotland.

Landlords should be switched on to dangers of ignoring electrical testing regulations. Experts warned failure to comply with changes in the Housing (Scotland) Act 2014 could not only result in a dramatic drop in their income, but could also seriously endanger the lives of tenants.

Online guidance if you have income from property

How to complete your online tax return for Income from Property. A short YouTube video Your income from property tax return tells you what information needs to go where on the UK property pages.

Detailed plans for a four-star hotel to be built at the site of a Dundee landmark have been lodged with the local authority.

Plans have been revealed to build almost 1,200 private flats and student rooms on land that once housed a Glasgow department store.

Plans have been submitted to rejuvenate a derelict Dundee city centre site with new flats and a retail unit.

Getting the right landlord is more important to tenants than location, according to research by estate agency Your Move.

Dundee City Council has outlined plans to invest almost £400 million on infrastructure projects across the city over the next five years.

Edinburgh Rental Market up 28% in 5 years

Positive annual growth has been recorded in the capital on consecutive quarters for over 3 years and with a diversified economy and enduring appeal there is no obvious sign or reason to believe this will not continue into 2017 and beyond.

Last week Scottish Housing News reported on the victory of students who sued for the return of their rent deposit.

SafeDeposits Scotland, the Scottish Government-approved tenancy deposit scheme, has been awarded over £300,000 of student accommodation deposits ahead of the new academic year.

Developers behind plans for a £20 million city square and creative hub to form part of Dundee’s £1 billion Waterfront development have submitted their application with the local authority.

Revealed: the best universities for buy-to-let

Letting to students can be a smart move for landlords, but where are the best yields?

Landlords not fearful of Brexit

Lettings agents don’t think that supply, demand, or rental costs will be significantly affected by the result of today’s referendum.

Do you know where your stopcock is?

An alarming seven million UK adults have no idea what a stopcock is, let alone what to do with it.

A group of landlords have won a three-year legal battle against West Bromwich Building Society, after the firm hiked rates on its buy-to-let tracker mortgages despite no change to the linked Bank Base Rate

The average rent in the UK at the end of 2015 was £739, but which areas showed the greatest increases over the year?

Plans have been revealed for a new £20 million city square and creative hub to form part of Dundee’s £1 billion waterfront development.

Dundee’s £100m waterfront infrastructure to finish ahead of schedule

A £100 million infrastructure redevelopment of Dundee’s waterfront region is to be completed on budget and ahead of schedule.

This stage of works includes the ‘Slessor Gardens’, a new road layout, access to the Tay Road Bridge and preparatory works for the creation of fully serviced development sites.

The City of Edinburgh Council has approved revised plans for Edinburgh Marina to provide a 300-berth marina as well as a residential, retail and spa hotel development.

There has been a huge rise in landlords registering as limited complanies so they won't be liable for higher taxes targeted at buy-to-let borrowing.

No sign of seasonal dip as rents rise in October

Average UK rents climbed 0.7 per cent month-on-month in October to £1,294, according to the monthly Landbay Rental Index.

From 1 December 2015, the Housing (Scotland) Act 2014 will introduce changes in relation to the requirement for provision of carbon monoxide alarms in private rented housing.

Buy-to-let - is it still worth it?

Question whether buy-to-let is still the investment it once was following significant changes to the tax relief, announced within the Summer Budget.

A £500m development across the Forth in Fife has cleared its first hurdle, setting the stage for the new Queensferry Crossing to become a major commuter corridor.

Legionella risk assessment – the Health & Safety Executive (HSE) have an Approved Code of Practice and Guidance as regards Legionnaires Disease.

The Code requires private landlords to carry out: a risk assessment to identify and assess potential sources of exposure, and thereafter, where a risk has been identified to introduce a course of action to prevent or control any identified risk. 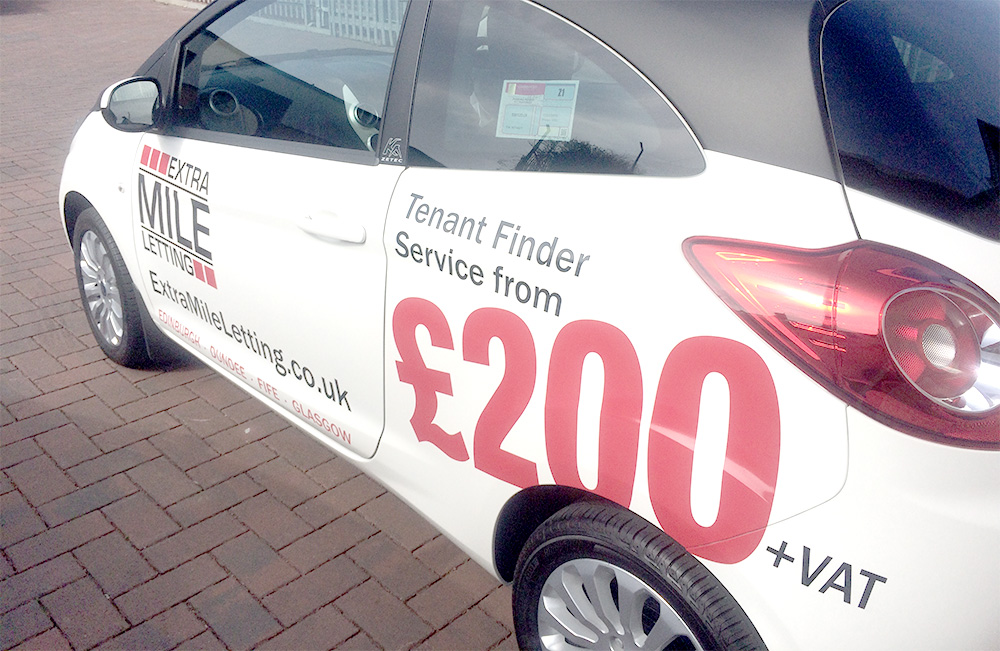 Extra Mile Letting will soon be offering a recently refurbished one bed flat in Broughton Road, EH7 very soon. Rowena Roche will be project managing the renovation on behalf of the landlord. Pictures of flat coming soon.

With over 200 letting agents in Edinburgh we are one of the first agents to promise from day one that we don't add any mark-up or commission on standard repairs and maintenance for our landlords or tenants.

The cost of private renting from 2010 to 2014 has risen by an average of 6.9% against a rate of inflation over the period of 12.8% and the picture of the Scottish private rented sector is a healthy one.

Extra Mile Letting has introduced a new fantastic offer. Now, you can let your property from only 8% + vat, with no agent set-up fees. That’s almost half of what other letting companies in Edinburgh usually charge.

Lets with Pets was set up by Dogs Trust in 2009 to encourage landlords and letting agencies to accept tenants with pets and to make the house hunting process easier for pet owners.

At Extra Mile Letting we believe that you deserve great service and fair pricing. Let your property for only 12% pcm (inc VAT). Tenant finder service from £500 (inc VAT)

Our landlords and tenants trust & recommend us

We are always happy to hear from you.

We endeavour to do the right thing and to do things right, but sometimes things go wrong.

Monday–Friday:
9am – 5pm, with a 1-hour closure between 12 noon & 1pm
Saturday–Sunday: Pre-booked appointments only